The UN has confirmed China’s war on Islam – how long will the Islamic world remain silent? 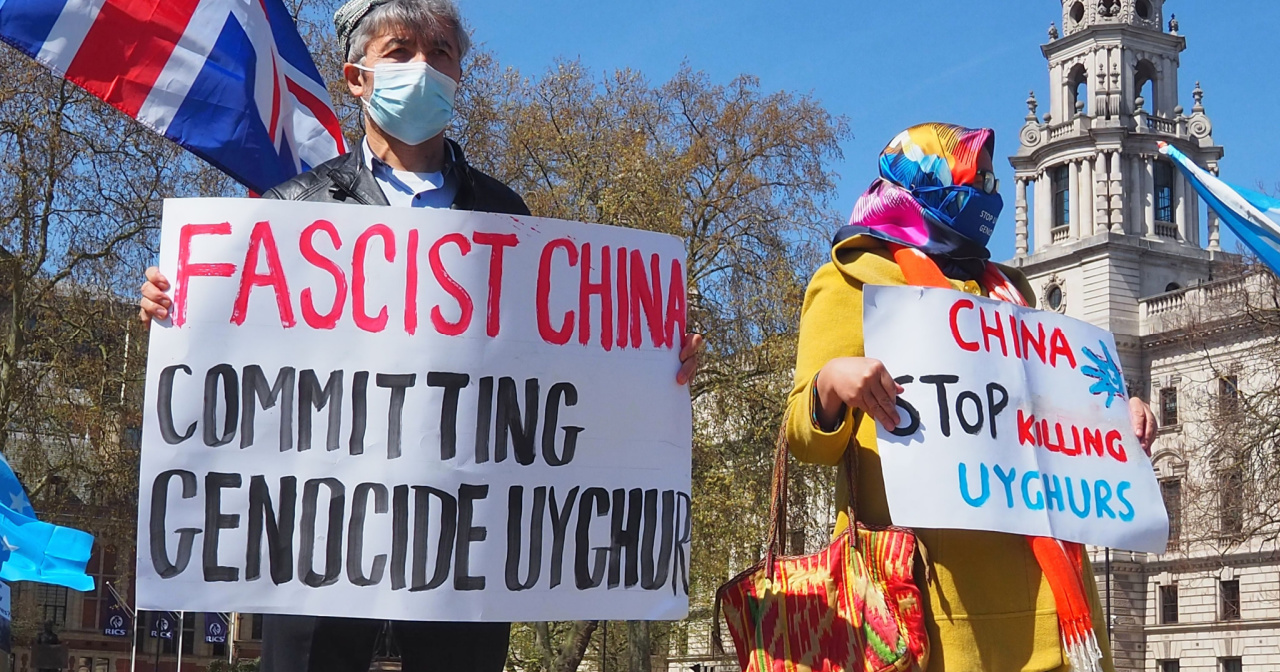 The latest report on the Chinese Communist regime’s Uyghur Genocide in East Turkestan has been published by the United Nations (UN) High Commissioner for Human Rights. The news  that a genocide against the Uyghur people is taking place, which has already been circulated on various platforms to date, has now been confirmed by the report. In the part of the report where the restriction of religious freedoms was mentioned, testimonies were given that spoke of a situation where observing the rituals and practices of Islam was near impossible. After the publication of this report, eyes are now turned to the countries of the world especially to Islamic ones. Muslim countries need to defend the rights of Uyghurs, Kazakhs, Kyrgyz and other communities who have been subjected to genocide simply because they are Muslims, wish to maintain their religious identity and resist assimilation by China.

After the controversial visit of the outgoing High Commissioner for Human Rights, Michele Bachelet, to East Turkestan, people eagerly awaited the publication of the Commissioner’s report. Bachelet’s statement after her visit to East Turkestan, when she said that the Chinese Communist regime was carrying out its practices against Uyghurs in order to “fight terrorism and extremism”, caused much consternation. Information that Bachelet, who is known to have close relations with China, did not want to publish the report, but did not prevent it, had also been made public. However, Bachelet, who had no influence on the preparation of the report in terms of the functioning of the High Commission, was tied up. The report, published at the end of August, once again established with the testimony of witnesses that the Chinese Communist regime has committed all the crimes that it denies to date.

The issues contained in the report have now revealed that the international community should take action. China’s statements that ‘East Turkestan is our internal affair’ and ‘we are fighting terrorism, extremism and separatists’ were found to be completely untrue. The report contained striking findings that are particularly related to the Islamic world. According to these findings, the Chinese Communist regime strictly prohibited the performance of religious activities in public institutions, schools, public places and other areas. Children were strictly not allowed to participate in religious activities.

The Chinese Communist regime weaponised the label of ‘extremism’ in a very wide fashion that included the daily practices of Islam as so-called ‘crimes’. Wearing a headscarf, growing a beard, searching for halal products, closing restaurants during Ramadan, using social media and the internet for religious purposes, teaching religion, giving Muslim names to children, as well as many other aspects of the Islamic faith, were all banned on the grounds of extremism. Penalties were imposed on those who engaged in these activities and, as a matter of fact, in a number of documents published prior to the UN report, almost all of these ‘crimes’ were included as justifications for people being sent to concentration camps. In another report, it was stated that Uyghurs who were held in concentration camps were tried in so-called courts and sent to prison for these so-called ‘crimes’.

One of the crimes committed by the Chinese Communist regime in the name of erasing the traces of Islam in East Turkestan was the destruction of mosques, shrines and cemeteries. In the report prepared earlier on this issue, it was announced that 16,500 mosques and shrines were destroyed in the homeland of the Uyghurs. In the report prepared by the High Commissioner, this situation was once again confirmed. According to the information announced by the Chinese Communist regime, 20,000 of the 30,000 mosques in the whole country were located within the borders of East Turkestan. However, today most of these mosques have been razed to the ground. The UN report also included satellite images of the site of the destroyed mosques. The report states:

“Analysis of satellite images in the public domain shows that many religious sites appear to have been removed or modified in their characteristic identifying features, such as the removal of minarets.”

As a matter of fact, in the news released to the public earlier, it was stated that some mosques in city centres were also converted into restaurants and bars.

Torture in the concentration camps described by the testimony of witnesses

The inside of the concentration camps, which the Beijing government denied for a long time as “Vocational Education Centers”, was once again determined by the UN report. Although the Chinese Communist regime claims that these camps were closed in 2019, it has been revealed by UN officials that new camps have been built in recent years. An example is the increase in the number of buildings in the concentration camp in Dabancheng from 40 to 92 between 2018 and 2020, that is, more than doubling. This was also detected by satellite images compared with previous years. While the Chinese Communist regime said that the Uyghurs were voluntarily taken to the camps, witnesses said that they had no alternative but to go, and that they were not allowed to meet with any legal representatives.

Another lie of the communist regime that anyone can leave the so-called ‘education centres’, was also found to be untrue; those who testified in the report said they were not allowed to. The constant surveillance of the so-called education centres with security cameras, the guards not allowing the detainees to perform religious practices, the forced memorisation of the Communist anthem and doctrines were also included in the report. In particular, the testimony of witnesses about the torture, sexual harassment and forced drugs used to sterilise women were also included in the findings of UN officials. The privacy of family and personal life, to which Muslim and Turkish families attach the most importance, was also violated by the forced staying of so-called Chinese ‘relatives’ in Uyghur homes—also included in the report.

Other details of the report will continue to be discussed in the coming days. Among the important points that need to be emphasised is that all these claims, which have been repeated in various media, have been ignored for a long time by the international community. Especially when representatives of the Islamic world were asked about these issues, they either ignored the questions or continued to regurgitate China’s rhetoric. Pakistan’s former Prime Minister, Imran Khan, ignored reporters’ questions about the Uyghurs.

The Chinese Communist regime, which has seduced the Muslim world with economic benefits, has succeeded in silencing Muslim leaders. Going one step further, the Beijing government made a statement praising China’s achievements in human rights under the UN umbrella. The fact that the majority of the countries that signed this statement were Muslim countries was a disgrace of historic proportions. Iran, which imprisoned women who took off their headscarves on the streets of Tehran and forced religious education for children, remained silent when women were banned from wearing headscarves in East Turkestan because it signed a $400 billion deal with China.

One of the most important organisations that should have taken steps to stop the genocide of the Uyghurs was the Organization of Islamic Cooperation (OIC). However, so far, no explanation has been received from it. Moreover, the Chinese Foreign Minister was specially invited and honoured at a meeting of the OIC. The leaders of Muslim countries have so far turned a deaf ear to the calls from their own people to protect the East Turkestanis. In short, the conscience of the Islamic nation worldwide continues to bleed with the Uyghur Genocide, but its leaders have continued not to see this wound. Excuses may be put forward for why the UN or a related non-Muslim organisation has not taken steps so far, even though the excuse would be invalid, but how can leaders of the Muslim world stand by and fail to come to the aid of their fellow brethren?

If these Muslim leaders and the rulers of other countries continue to go along with China’s fictions despite this report by the UN High Commissioner for Human Rights, they will be included in the history books as partners in the perpetration of genocide. After this report no one can say they did not know. Now it’s time to stand up and fight against China’s war on Islam.